I am a Tad Late to tHe Party, But I juSt finisHed watChing Breaking Bad This weeK. As a Former high School scieNce Teacher wHo maY or may Not Currently Work with meth deAlers, it Seemed apPropriate to make Use of this teAchable Moment. Below you’ll fInd a litTle tool I made for highlighTing elemental symbOls in a string of text. I fiNd it fun to pLay with Names. ImPortantly, it Respects the chemistry. Each element’s symbol links to the appropriAte wikipedia artiCle, and you Can cut and Paste an HTml verSion of the final product. Enjoy.
END_OF_DOCUMENT_TOKEN_TO_BE_REPLACED

I consume about one hundred podcasts a week–mostly during my daily commute. Last week I moved, and I’m losing about eight hours of listening a week.† This is great. I really disliked my commute, but “What about my podcasts…?” While I adapt, it seems a good time to chronicle The List. I have divided it into nine categories: Daily News, Science & Technology, Politics & Law, Economics, Education, History, Culture & Current Events, Design, and Fiction & Writing. Despite the prospect of shrinking that list, I welcome podcast suggestions in the comments section. I’d especially appreciate thoughtful conservative/libertarian casts as I feel that’s something I’m missing.

Before the breakdown by category (along with feed addresses), here’s my current podcasts list with linked cover art:

“A hundred podcasts you say? I only count fifty eight.” You may have noticed that the above list only includes 58 titles. However, a number of them are dailies, and some even update multiple times a day, hence around a hundred podcasts a week.

I use the Stitcher Radio App which lets you build your own radio stations–collections of podcasts. The station plays back a queue of the most recent unplayed podcasts on my list. The above list is my current ordering on Stitcher. It starts off with short topical podcasts that update frequently and shifts into longer evergreen podcasts that update less frequently. This helps make sure that I don’t miss new content. Of course, I have bumped a few favorites up the list.

Now for the category breakdown and feed addresses. As above, a show’s cover art is linked to its webpage page. END_OF_DOCUMENT_TOKEN_TO_BE_REPLACED 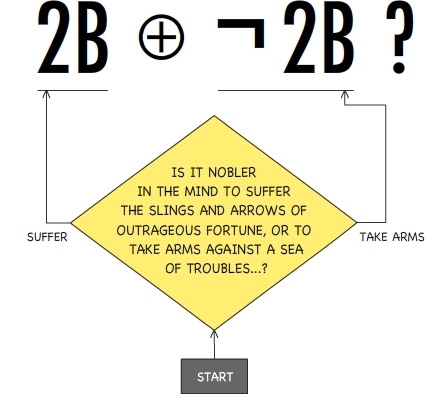 Flow charts are algorithms anyone can follow. They are both static and interactive. This can be fun. So I’ve set aside some time and space to play around. The result is a web comic of sorts:

So why create a new geeky flow chart-driven web comic. Well… Mostly, I think it will be fun. Let’s be frank, flow charts can be awesome. Also, I’m hoping my unique mix of geek will bring a smile or two to the Internet. Plus, there’s the merch. ;)

I’m not vert tidy. In college, I was once issued a warning regarding the condition of my dorm room. There was a fear that it might constitute a fire hazard. The picture above, of my desk earlier this year, will help you assess how far I’ve grown as a person since then. I now try to avoid stacks on the floor…

Anywho, this posting is about cleaning of the digital variety. A while back, I upgraded my blog’s database. In the transition, a few special characters got lost in translation. For example, instances of the pound sign (£) and curly-q quotes (“) found themselves transformed into � symbols. This prompted me to go back through and correct these errors. While there, I removed the “justified” alignment from many of my earlier post. I rescaled some images and videos to better fit the blog’s new layout, and I overhauled the blog’s categories. I didn’t reread every article, but I did occasionally correct typos. However, if I made any substantive changes to content, I used [bracketed text]. If you don’t trust me, check the Internet Archive.

If you’re curious what that awesome desktop art is on my Mac, it’s a wonderful distillation of geekyness created by Mike Mayhew and Rain Beredo. You can check it out over on deviantART. As for the book peaking out from my papers, it’s Jeffrey Toobin’s The Nine 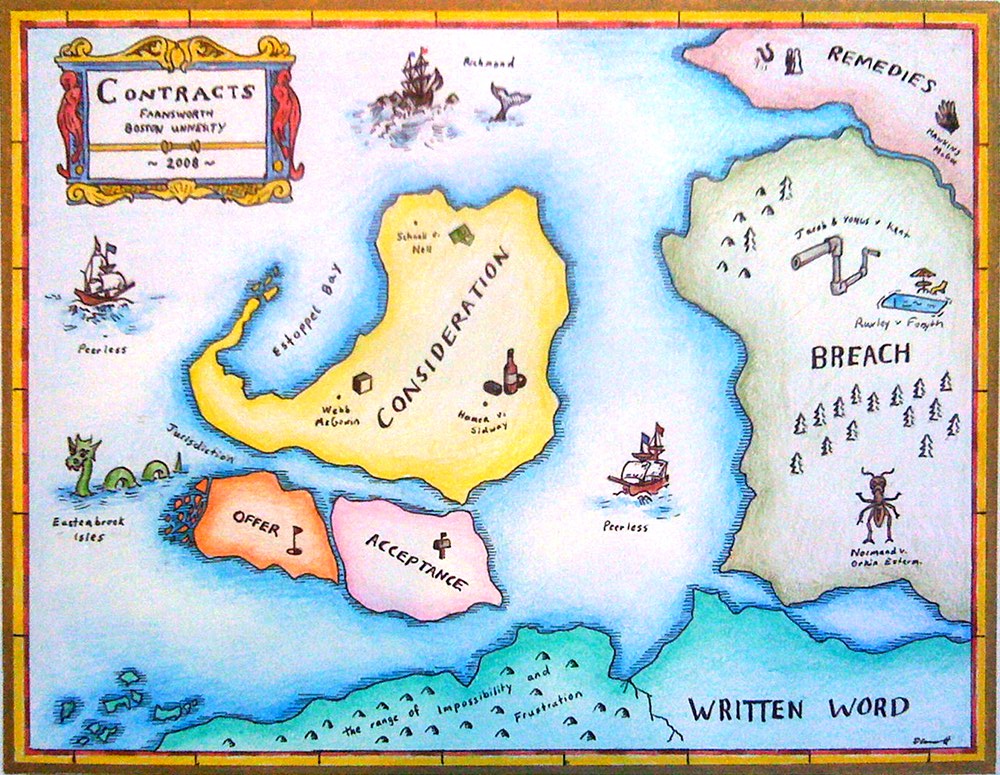